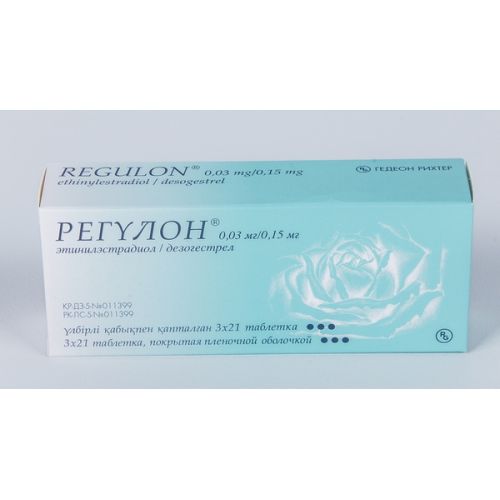 the Trade name
of Regulon®

The description
of the Tablet, film coated white or almost white color, round, biconvex, with an engraving of P8 on one party and RG – on other party

Distribution
Ethinylestradiol completely contacts proteins of blood plasma, generally with albumine and causes increase in concentration in GSPG blood serum. The volume of distribution is 5 l/kg.
Metabolism
Ethinylestradiol is exposed to a presistemny konjyugirovaniye in a mucous membrane of a small intestine and in a liver. Ethinylestradiol at first is metabolized by aromatic hydroxylation, but at the same time a large number of hydroxylated and metilirovanny metabolites which are found in the form of free metabolites and in the form of glucuronides and sulfates is formed. Speed of metabolic clearance is about 5 ml/min.
Removal
Elimination half-life of ethinylestradiol makes about 30 hours. About 40% are removed with urine and 60% with a stake.
Equilibrium concentration
Equilibrium concentration is reached in 3-4 days of administration of drug, at the same time the level of ethinylestradiol is 30-40% higher, than after a single dose of drug.
The pharmacodynamics
of Regulon® is the combined contraceptive drug for oral administration which effect is shown in inhibition of synthesis of gonadotrophins and suppression of an ovulation and also slowing down of advance of spermatozoa through cervical slime and implantations of oospore.
Ethinylestradiol is synthetic estrogen.
Dezogestrel is the synthetic progestogen possessing the significant inhibiting effect on an ovulation, powerful progestagenny effect and anti-estrogenic activity, does not possess estrogenic action and has weak androgenic/anabolic effect.

Side effects
Very often ((& gt, 1/10)
– the breakthrough bleedings smearing discharges
– increase in body weight
Is frequent (& gt, 1/100 to & lt, 1/10)
– a headache, dizziness, migraine,
– nervousness, a depression, change of mood
– nausea, vomiting
– a cholelithiasis, cholestatic jaundice
– disturbances of a menstrual cycle (intermenstrual bleedings, a dysmenorrhea, an amenorrhea after administration of drug), a premenstrual syndrome, change of nature of vaginal discharge, growth of a fibromyoma of a uterus, deterioration in a course of endometriosis, appearance of vaginal infections (for example, candidiasis)
– decrease in a libido
– a nagrubaniye of mammary glands, sensitivity, increase and mammary gland pains, discharge from mammary glands
– an acne, skin rash, a nodal erythema, hloazma
– discomfort of a cornea when carrying contact lenses
– a liquid delay in an organism, change of body weight, decrease in tolerance to carbohydrates
Infrequently (& gt, 1/1,000 to & lt, 1/100)
– arterial hypertension
Seldom (& gt, 1/10,000 to & lt, 1/1,000)
– an otosclerosis
– a thrombembolia, venous thromboses / a thrombembolia, arterial thromboses, a deep vein thrombosis of the lower extremities, a pulmonary embolism
– a myocardial infarction, a stroke
Very seldom (& lt, 1/1 0000)
– arterial or venous thrombosis of vessels of a liver, a mesentery, kidneys or a retina
Serious by-effects at which emergence it is necessary to cancel administration of drug:
In case of development of a hypertension against the background of administration of drug it is necessary to cancel drug urgently.
Use of oral contraceptives can lead to development of cholestatic jaundice or a cholelithiasis.
At women with a giperglitseridemiya or the available disease in the family anamnesis the risk of developing pancreatitis when using oral contraceptives can be increased.
In case of an acute or chronic abnormal liver function use of drug should be stopped until results of functional trials of a liver are not normalized.
If in the early stages of pregnancy or at the previous use of drugs on the basis of sex hormones at the patient the cholestatic jaundice took place, oral contraceptive drug should be cancelled.
Though oral contraceptives can influence peripheral insulin resistance and tolerance of glucose, indications to obligatory change of the scheme of treatment at the women having diabetes when using there is no oral contraception. However, patients with the diabetes accepting oral contraceptives need careful observation of the doctor.
In certain cases against the background of reception of oral contraceptives the hloazma, especially at women with hloazmy pregnant women in the anamnesis develops. The women who are in risk group should abstain from influence of ultraviolet rays and the sun during reception of oral contraceptives.
Seldom or never use of oral contraceptives can provoke a reactive system lupus erythematosus.
One more rare complication when using oral contraceptives is Saint Vitus’s dancing (a chorea, disturbance from nervous system), reversible after cancellation of tablets.

Contraindications
– pregnancy or suspicion on pregnancy
– a hypertension of average or heavy degree
– a giperlipoproteinemiya
– existence or the instruction in the anamnesis on arterial or venous thromboembolic diseases (for example, a deep vein thrombosis, a pulmonary embolism, a myocardial infarction, cerebrovascular disturbances)
– presence of risk of developing an arterial or venous thrombembolia
– a diabetic angiopatiya
– existence or the instruction in the anamnesis on a serious illness of a liver, cholestatic jaundice, hepatitis, jaundice during pregnancy, against the background of use of steroids, the syndrome the Cudgel Johnson or the Syndrome of the Rotor (chronic family not hemolytic jaundice), hepatocellular tumors and the Porphyria
– presence of hepatitis (before restoration of laboratory parameters and within 3 months after return of these indicators to norm)
– presence of cholelithiasis
– existence in the anamnesis of tumors of a liver (benign or malignant)
– existence is oestrogenic – dependent tumors or suspicion on them, the endometrium hyperplasia, genital bleedings of not clear etiology
– existence (or the instruction in the anamnesis) a system lupus erythematosus
– a severe itching, herpes of pregnant women, an otosclerosis, deterioration in an otosclerosis during the previous pregnancy or at intake of steroid drugs
– hypersensitivity to any of drug components
– intolerance of a galactose, a lactose intolerance or a sprue of glucose and a galactose

the Address of the organization accepting in the territory of the Republic of Kazakhstan claims from consumers on quality of products:
Representative office of JSC Gideon Richter in RK
E-mail: info@richter.kz
Phone number: 8-(727)-258-26-22, 8-(727)-258-26-23 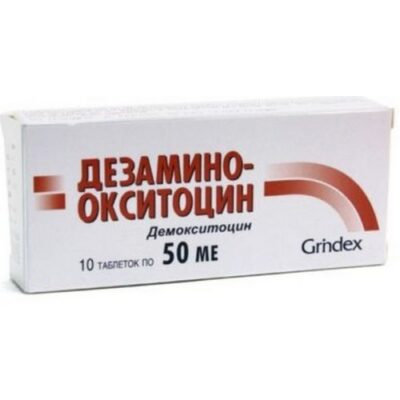