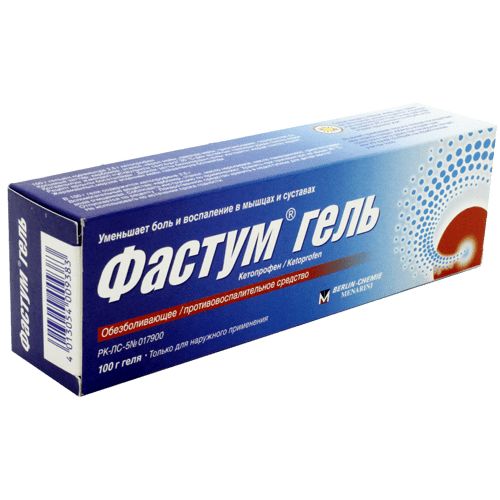 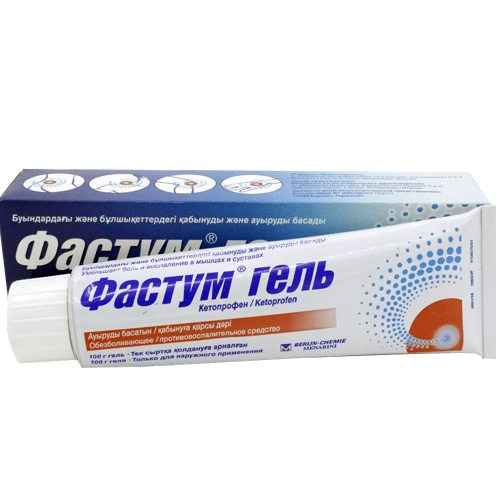 Fastum® gel is a faithful assistant for active, energetic people who always strive to stay “in the ranks”, and an excellent tool to take care of family and relatives.

Fastum® gel has a pleasant cooling and local anesthetic effect, does not cause burning, which means that even people with sensitive skin can use it.

Fastum® has practically no effect on the body as a whole. It does not irritate the stomach, does not burden the liver. When applied to the area of ​​the joints, its active substance ketoprofen does not destroy their cartilage tissue7 – therefore, it can be used by people suffering from joint problems (for example, elderly patients and patients with osteoarthritis).

When applied, Fastum® gel does not stain clothes and does not require bulky dressings, wraps and compresses. The water-alcohol base makes it possible to use the drug for physiotherapy, and the lavender and neroli oils included in its composition not only give the product a pleasant smell, but also soothe, releasing muscles from tension and stiffness.

Fastum® gel does not require special storage conditions. The drug has a convenient packaging of 100, 50 and 30 grams – so it is perfect for a home, work, car or travel first aid kit.

When applied to the skin, absorption is slow. As a result of absorption through the skin of 50-150 mg of ketoprofen, the content of the active substance in plasma after 5-8 hours reaches 0.08-0.15 μg / ml. Plasma protein binding – from 60 to 90%. Excretion is mainly in the urine and in the form of glucuronides.

In a specially selected combination with excipients, Fastum® gel, penetrating the skin, acts on the affected area, and therefore reduces local inflammation and relieves pain in painful foci of the joints, tendons, ligaments and muscles.

– pain in the muscles, back, bones or joints of rheumatic or traumatic origin: bruises, traumatic sprains, sprains and muscles, neck stiffness, lumbago

The duration of treatment is determined by the doctor

Reported local skin reactions, which subsequently could go beyond the site of application of the drug. Rare events include cases of more pronounced reactions, such as bullous or phlyctenular eczema, which can spread and become generalized.

Other side effects of anti-inflammatory drugs (hypersensitivity, disorders of the gastrointestinal tract and kidneys) depend on the penetration of the active ingredient through the skin and, therefore, on the amount of gel applied, the surface area treated, the integrity of the skin, the duration of treatment and the use of occlusive dressings.

– any history of photosensitivity reactions
– known hypersensitivity reactions, such as asthma symptoms, allergic rhinitis or urticaria, which have occurred with the use of ketoprofen, fenofibrate, thiaprofenic acid, acetylsalicylic acid or other non-steroidal anti-inflammatory drugs (NSAIDs)
– a history of skin manifestations of allergies when using ketoprofen, thiaprofenic acid, fenofibrate, UV blockers or perfume products.
– exposure to sunlight (even diffused light) or UV irradiation in a solarium during gel treatment and for 2 weeks after its termination
– hypersensitivity to any of the excipients of the drug
– children’s age up to 12 years
– pregnancy and lactation

There have been no reports of the interaction of Fastuma® gel with other drugs. However, careful monitoring of patients taking coumarin preparations is recommended, since non-steroidal anti-inflammatory drugs may increase the hypoprothrombinemic effect and the risk of bleeding when used together with oral anticoagulants.

Topical application of large amounts of the drug can lead to systemic effects such as hypersensitivity or asthma.

The recommended duration of treatment should not be exceeded, as the risk of developing contact dermatitis and photosensitivity reactions increases over time.

In addition, the following precautions should be observed:

Wash your hands thoroughly after each use of the drug

in the event of any skin reactions, including those associated with the concomitant use of products containing octocrylene, treatment with the gel should be stopped immediately

In order to avoid the development of photosensitivity of the skin, it is recommended to protect the areas to which the drug is applied with clothing – during treatment and for two weeks after its termination.

The gel should not be applied to areas of the skin where there are signs of damage, such as eczema, acne, infection or open wounds.

Due to the lack of data from clinical trials in children under 12 years of age, Fastum® gel is not recommended.

Since studies on the safety of ketoprofen in pregnant women have not been conducted, its use in the first and second trimester of pregnancy should be avoided.

All prostaglandin synthesis inhibitors, including ketoprofen, cause toxic damage to the cardiopulmonary system and kidneys in the fetus. At the end of pregnancy, both the mother and the child may experience prolonged bleeding time. In this regard, ketoprofen is contraindicated in the third trimester of pregnancy.

Data on the detection of ketoprofen in mother’s milk are not available. Ketoprofen is not recommended for use in nursing mothers.

The effect on the ability to control machines and mechanisms has not been reported.

When applied topically, an overdose is unlikely. If the gel is accidentally swallowed, systemic side effects may develop, the severity of which depends on the amount of the drug swallowed. However, with the development of overdose phenomena, symptomatic and supportive treatment should be carried out, corresponding to the treatment for overdose of anti-inflammatory drugs.

Store below 30°C!
Keep out of the reach of children!
Shelf life – 5 years
After the expiration date, this medicinal product should not be used.