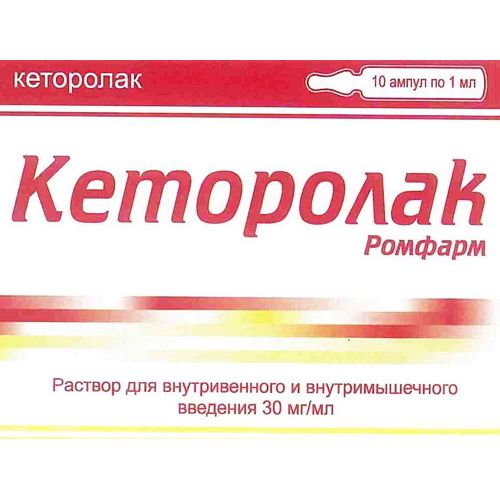 Pharmacokinetics Later properties of intramuscular introduction of 30 mg of drug its maximum concentration in blood plasma is reached in 50 minutes. Ketorolak is well soaked up in digestive tract. 99% of drug contact proteins of blood plasma and at a hypoalbuminemia the amount of free substance in blood increases. The seeming distribution volume after single introduction is about 0.15 l/kg. Almost all substance circulating in blood plasma represents ketorolak (96%) or it pharmacological an inactive metabolite r-hydroksiketorolak. Drug passes through a placental barrier for 10%. In small concentration it is found in breast milk of women. Passes through a blood-brain barrier badly.
Ketorolak is metabolized, mainly, in a liver with formation of the conjugated and hydroxylated forms which are removed through kidneys. In urine about 92% of the entered drug dose, and 40% – in the form of metabolites, and 60% – in the form of not changed substance are found. About 6% of the entered dose are removed with a stake.
Elimination half-life of drug makes, on average, 5.3 hours, but at patients 65 years are more senior and also at patients with a renal failure this indicator significantly increases (in one and a half – two times).
The pharmacodynamics
Ketorolak Rompharm belongs to non-steroidal anti-inflammatory drugs.
Has the significant soothing effect, has also febrifugal and anti-inflammatory properties. The action mechanism – cyclooxygenase enzyme oppression, mainly, in peripheral fabrics, is a consequence of what slowing down of biosynthesis of prostaglandins – modulators of painful sensitivity, thermal control and inflammation. Drug does not influence opioid receptors.

Indications
– for short stopping of a pain syndrome of average and strong intensity, mainly, in injuries, in the postoperative period, at a radicular syndrome, muscular pains

the Route of administration and doses
Ketorolak Rompharm is intended for intramuscular (in oil) or intravenous (in / c) introductions.
Intravenously the drug is administered within not less than 15 seconds. It cannot be entered epiduralno or intratekalno. The dose is selected individually, according to intensity of pain and reaction of the patient.
Duration of a course of treatment the drug Ketorolak Rompharm should not exceed 2 days.
Single doses at single in oil or in in introduction:
Adult — 10–30 mg (depending on weight of a pain syndrome),
Elderly (65 years are more senior) or with a renal failure — 10–15 mg.
Doses at repeated introduction in oil:
Adult — 10 mg, then — on 10–30 mg each 4–6 h,
Elderly (65 years are more senior) or with a renal failure — on 10–15 mg each 4–6 h.
The maximum daily dose for adult patients makes 90 mg (3 ampoules of the drug Ketorolak Rompharm).
For elderly patients, with a renal failure or with body weight less than 50 kg the maximum daily dose — 60 mg.
Upon transition from parenteral administration of drug on peroral, the total daily dose of both dosage forms should not exceed 90 mg for adult patients and — for patients 65 years or with impaired renal function are more senior than 60 mg.
Side effects
Often
– a headache, dizziness, drowsiness
– dyspepsia, nausea, vomiting, an abdominal pain, a constipation, a meteorism, diarrhea
– a skin itching, skin rash
– hypostases (persons, shins, anklebones, fingers, a foot, increase in body weight)
Infrequently
– discoloration of face skin, bradycardia, arterial hypertension, heartbeat, a stethalgia
– sonitus, nervousness, fatigue
– an eructation, the occult or profound gastrointestinal bleeding, a peptic ulcer, stomatitis, an esophagitis, dryness in a mouth
– changes of functional parameters of kidneys (increase in creatinine
and/or concentration of urea in blood serum), nephrotoxicity, gi
a ponatriyemiya, a hyperpotassemia
– pain in the injection site
– a small tortoiseshell
– changes in indicators of function of a liver
is rare
– uneasiness, perspiration, a depression, euphoria, a polydipsia, nespo
a sobnost to concentrate, insomnia, an indisposition, nightmares,
confusion of consciousness, a hallucination, psychotic reactions
– paresthesias, convulsions, muscle pain, a hyperkinesia, the aseptic myungin –
git
– thrombocytopenia, a neutropenia, an agranulocytosis, aplastic anemia and ge
molitichesky anemia
– decrease in hearing, a ring in ears, a disorder of vision (including illegibility the viewer
a perception leg)
– short wind, asthma, a fluid lungs, a bronchospasm, a laryngeal edema (asthma, breath difficulty)
– perforation of digestive tract, gastritis, colitis, a hepatomegalia,
acute pancreatitis, a melena, rectal bleeding, Crohn’s disease,
– a hemolytic uraemic syndrome, interstitial nephrite, zaderzh
urine, the nephrotic syndrome, an acute renal failure, a back pain with or without hamaturia and/or an azotemia
– infertility
– reactions of photosensitivity, exfoliative dermatitis, makulopapulez
Nye rash, Stephens-Johnson’s syndrome and a toxic epidermal
necrolysis, a small tortoiseshell, a Lyell’s disease
– postoperative bleeding of wounds, hematomas, nasal bleeding,
increase in a bleeding time
– an anaphylaxis or anaphylactoid reactions (discoloration of face skin, skin rash, a small tortoiseshell, an itching of skin, a tachypnea, hypostases a century, periorbital hypostasis, weight in a thorax, goose breathing)
– hepatitis, jaundice and a liver failure
Very seldom
–

the Contraindication optic neuritis
– hypersensitivity to ketorolak to a trometamol or any a lump
to a drug ponent
– hypersensitivity to aspirin, to others a protivovospalitel
to ny drugs (NPVS), system inhibitors of synthesis of a prostaglanda
is new, to non-steroidal anti-inflammatory drugs
– bronchial asthma
– dehydration, a hypovolemia of various etiology, a liver failure
– a peptic ulcer of a stomach and duodenum in a stage obostre-
a niya and also existence in the anamnesis of an ulcer, perforation or gastro
intestinal bleeding
– hypocoagulation (in t. h hemophilia)
– a renal failure of average and heavy severity (креатинин&gt,
160 µmol/l)
– the confirmed or expected gastrointestinal bleeding
and/or intracerebral bleedings
– hemorrhagic diathesis
– patients who underwent operation with high risk of bleeding
or an incomplete hemostasis
– treatment by oral anticoagulants or low doses of heparin
– children’s and teenage age up to 16 years
– the hemorrhagic stroke (confirmed or suspected)
– pregnancy, childbirth and the period of a lactation
– anesthesia to and during surgeries because of high
risk of developing bleeding

the Simultaneous use of a ketorolak with acetylsalicylic acid or other NPVS, calcium drugs, glucocorticosteroids, ethanol, corticotropin can lead Medicinal interactions to formation of ulcers of digestive tract and development of gastrointestinal bleedings. Joint appointment with paracetamol increases nephrotoxicity, with a methotrexate — gepato- and nephrotoxicity. Co-administration of a ketorolak and methotrexate is possible only when using low doses of the last (control of concentration of a methotrexate in blood plasma is necessary).Probenetsid reduces plasma clearance and volume of distribution of a ketorolak, increases its concentration in blood plasma and increases T1/2. Against the background of use of a ketorolak the reduction of clearance of a methotrexate and lithium and strengthening of toxicity of these substances is possible. Co-administration with indirect anticoagulants, heparin, trombolitika, antiagregant, tsefoperazony, tsefotetany and pentoksifilliny increases risk of bleeding. Reduces effect of hypotensive and diuretic drugs (synthesis of PG in kidneys goes down). At combination with opioid analgetics of a dose of the last can be significantly reduced. Antiacid means do not affect completeness of absorption of medicine. Hypoglycemic effect of insulin and oral hypoglycemic drugs increases (recalculation of a dose is necessary). Joint appointment with Valproatum of sodium causes disturbance of aggregation of thrombocytes. Increases concentration in blood plasma of verapamil and nifedipine. When assigning with other nefrotoksichny HP (including with gold drugs) risk of development of nephrotoxicity increases. The HP blocking canalicular secretion reduce clearance of a ketorolak and increase its concentration in blood plasma.
Solution for injections should not be mixed in one syringe from morphine sulfate, promethazine and Hydroxyzinum because of loss of a deposit. Pharmaceutical it is incompatible with solution of a tramadol, lithium drugs. Ketorolak Rompharm solution for injections should not be mixed in one syringe with other medicines.

the Producer K.O. of Rompharm Company of S.R. L., Romania

the Owner of the registration certificate
K.O. of Rompharm Company of S.R. L., Romania

the Address of the organization accepting in the territory of the Republic of Kazakhstan claims from consumers on quality of products (goods): Representation in RK “K.O. Rompharm Company of S.R. L.” Almaty, Zhandosov St., 8A, office 806, ph./fax: 8 (727) 244-51-26
To develop 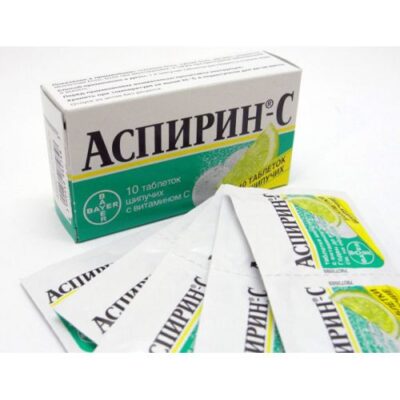 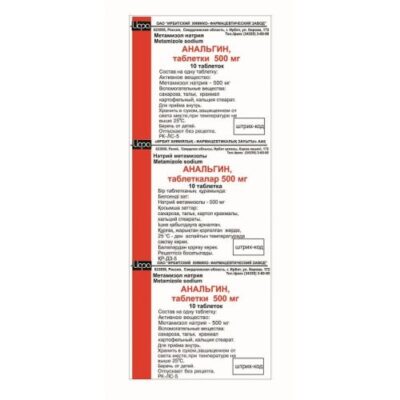 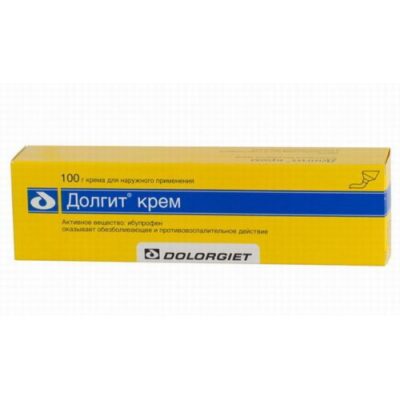 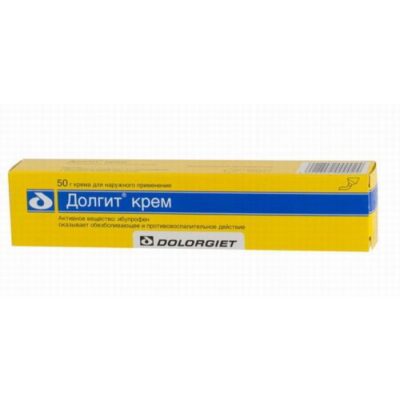 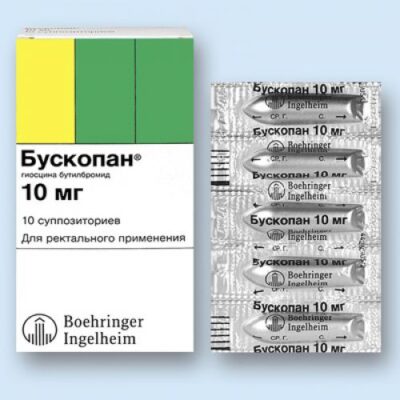 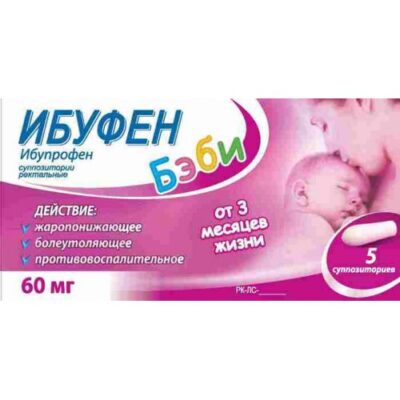 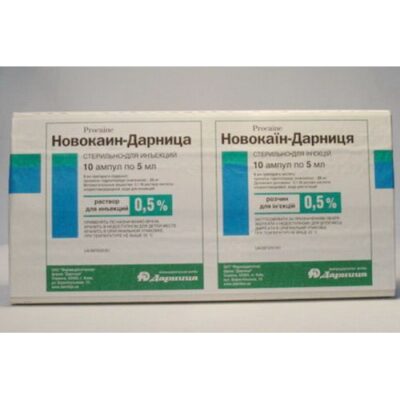 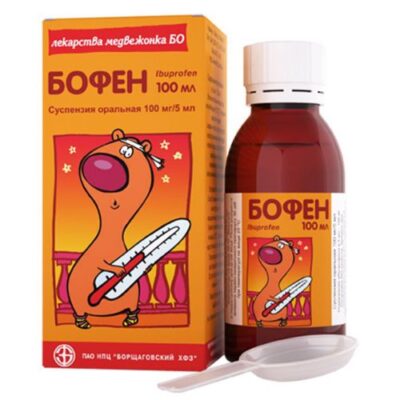