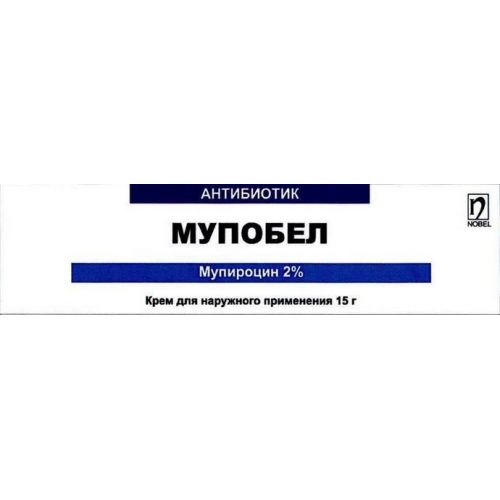 Mupobel 15g of 2% cream for external use in a tube