Mildronate® – a general tonic OTC drug, made in Europe. Mildronate® helps with decreased performance, physical and psycho-emotional overstrain by normalizing energy metabolism in the cells of the body.

Indications for use Mildronate

Mildronate® applies to adults after 18 years at a reduced efficiency, physical and psycho-emotional strain, during the recovery period

How does Mildronate work

In high load conditions Mildronate® increases the capacity of the body to carry oxygen, reduce the amount of oxygen that is needed to keep tissues alive by changing the way the muscle cells metabolize substances in the blood. As a result of its use, the body acquires the ability to withstand stress and quickly restore energy reserves. Due to these properties, Mildronate® is used to increase physical and mental performance.

How to use Mildronate?

Cases of overdose with Mildronate® are unknown, the drug is low-toxic. In case of overdose – symptomatic treatment.
Pharmodynamics

Meldonium (Mildronate®) is a structural analogue of the carnitine precursor gamma butyrobetaine (hereinafter GBB), in which one hydrogen atom is replaced by a nitrogen atom. Its effect on the body can be explained in two ways.

As a result of inhibition of the activity of butyrobetaine hydroxylase, meldonium reduces the biosynthesis of carnitine and thus inhibits the transport of long-chain fatty acids across the cell membrane, preventing the accumulation of activated derivatives of unoxidized fatty acids in cells – acylcarnitine and acylcoenzyme A, which have pronounced detergent properties.

Under conditions of ischemia, Mildronate® restores the balance between oxygen delivery and consumption in cells, eliminates disturbances in ATP transport, while simultaneously activating an alternative energy source – glycolysis, which is carried out without additional oxygen consumption.

2) Function of the mediator of the hypothetical GBD-ergic system

It is hypothesized that a previously undescribed system of transmission of nerve impulses exists in the body – the GBB-ergic system, which ensures the transmission of nerve impulses to somatic cells. The mediator of this system is the direct precursor of carnitine, the GBB ester. As a result of the action of esterase, this mediator donates an electron to the cell, thus transferring an electrical impulse, and itself turns into GBB.

Thus, an economical chain of reactions exists in the body that provides an adequate response to irritation or stress: it begins with receiving a signal from nerve fibers (in the form of an electron), followed by the synthesis of GBB and its ester, which, in turn, carries the signal on the membranes of somatic cells.

Somatic cells in response to stimulation synthesize new molecules, ensuring the propagation of the signal. After that, the hydrolyzed form of GBB, with the participation of active transport, enters the liver, kidneys and testes, where it is converted into carnitine. As mentioned earlier, meldonium is a structural analogue of GBB, in which one hydrogen atom is replaced by a nitrogen atom. Since meldonium can be exposed to GBB esterase, it can act as a hypothetical “mediator”.

However, GBB hydroxylase does not act on meldonium and therefore, when it is introduced into the body, the concentration of carnitine does not increase, but decreases. Due to the fact that meldonium itself acts as a “mediator” of stress, and also increases the content of GBB, it promotes the development of the body’s response. As a result, the overall metabolic activity also increases in other systems, for example, the central nervous system (CNS).

Due to the possible development of moderate tachycardia and arterial hypotension, caution should be exercised when combining with drugs that have the same effect.

Patients with chronic liver and kidney disease should be careful with prolonged use of the drug.
Mildronate® is not a first-line drug for acute coronary syndrome.

Assign to adults inside.

As part of complex therapy, 0.5-1.0 g per day orally, taking the entire dose at once or dividing it into 2 doses. The course of treatment is 4-6 weeks.

Cardialgia against the background of cardiomyopathy – inside, 0.5 g per day, taking the entire dose at once or dividing it into 2 doses. The course of treatment is 12 days.

Acute phase – an injectable dosage form of the drug is used for 10 days, then they switch to taking the drug inside at 0.5-1.0 g per day, taking the entire dose at once or dividing it into 2 doses. The general course of treatment is 4-6 weeks.

Chronic disorders of cerebral circulation – 0.5 g orally per day. The general course of treatment is 4-6 weeks. Repeated courses (usually 2-3 times a year) are possible after consulting a doctor.

An injectable dosage form of the drug is used for 10 days, then they switch to taking the drug orally, 0.5 g per day, taking the entire dose at once or dividing it into 2 doses. The course of treatment is 20 days.

Mental and physical overload, including in athletes

Athletes 0.5-1.0 g orally 2 times a day before training. The duration of the course in the preparatory period is 14-21 days, during the competition period – 10-14 days. 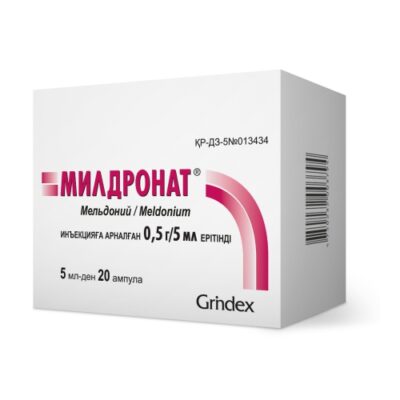 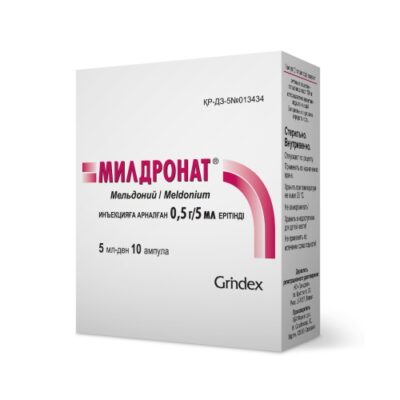