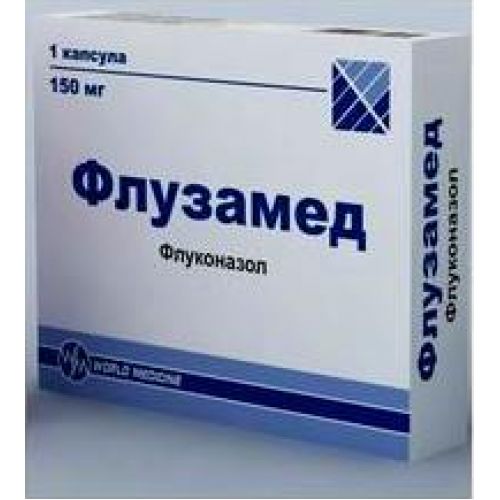 The instruction for medical use
medicine
Fluzamed

The description
Solid gelatin capsules the size ‘1’, the cap of dark-blue color, the body of white color containing powder of white color.

Pharmacokinetics Drug properties is quickly soaked up from the digestive tract (DT) and is rather full (food does not influence absorption speed), bioavailability – 90%. The maximum concentration is reached in 0.5-1.5 h after reception on an empty stomach.
Linking with proteins of blood plasma of 11-12%. Well gets into all liquids of an organism. Concentration of active agent in breast milk, articulate liquid, saliva, a phlegm and peritoneal liquid are similar to that in blood plasma. Constant values in a vaginal secret are reached in 8 h after intake and keep at this level not less than 24 h. In fungal meningitis the concentration in cerebrospinal fluid makes about 80% of that in blood plasma. In stalemate liquid, epidermis and in a corneal layer the concentration exceeding serumal (selection accumulation) are reached. 80% in not changed look are removed by kidneys, the rest – in the form of metabolites. The circulating metabolites are not found. Elimination half-life makes about 30 h.
The pharmacokinetics of a flukonazol significantly depends on function of kidneys, at the same time there is an inversely proportional dependence between time of semi-removal and clearance of creatinine. After a hemodialysis during 3 h the concentration in blood plasma of a flukonazol decreases by 50%.

A pharmacodynamics
Fluzamed – antifungal means of group of triazole. Flukonazol – active agent of drug – is powerful selection inhibitor of synthesis of sterols in cell membranes of mushrooms. The mechanism of action is caused by P450 cytochrome blockade. Flukonazol blocks transformation of a lanosterol of cells of mushrooms into ergosterol increases permeability of a cellular membrane, breaks its growth and replication. Being high-selective for P450 cytochrome of mushrooms, practically does not oppress these enzymes in a human body (in comparison with itrakonazoly, Clotrimazolum, econazoly and ketokonazoly to a lesser extent suppresses oxidizing processes, dependent on P450 cytochrome, in microsomes of a liver of the person). Has no antiadrogenny activity.
It is active in the opportunistic mycoses including caused by Candida spp. (including generalized forms of candidiasis against the background of an immunosuppression), Cryptococcus neoformans and Coccidioides immitis (including intracranial infections), Microsporum spp. and Trichophyton spp., in the endemic mycoses caused by Blastomyces dermatidis, Histoplasma capsulatum (including at an immunosuppression). For prevention of fungal infections at patients with malignant new growths at treatment with their cytostatics or performing radiation therapy, at organ transplantation and in other cases when the immunity is suppressed and is available danger of development of a fungal infection.

A route of administration and doses
of the Capsule for intake.
The daily dose of a flukonazol depends on character and weight of a fungal infection.
In the infections demanding repeated intake of antifungal drug, treatment should be continued before disappearance of clinical or laboratory signs of a fungal infection.
The Fluzamed capsules are swallowed entirely, irrespective of meal.
Use of drug in a single dose at children aged up to 18 years and patients is more senior than 60 years without medical prescription it is not recommended.
Adults:
For prevention of a recurrence of oropharyngeal candidiasis at patients with AIDS after end of a full course of primary therapy drug can be appointed on 150 mg once a week.
Vaginal candidiasis: 150 mg once inside.
Prevention of a recurrence of vaginal candidiasis: 150 mg once a month. Duration of therapy is determined individually, it varies from 4 to 12 months. More frequent use can be required by some patients.
The balanitis caused by Candida: 150 mg once inside.
Skin infections (including mycoses of feet, smooth skin, inguinal area and candidosis infections): 150 mg once a week, a course of treatment – 2-4 weeks, in mycosis of feet – up to 6 weeks.
Onychomycoses: 150 mg once a week. The course of treatment proceeds before full substitution of the affected nail healthy. Repeated growth of nails on fingers of hands and feet normal requires 3-6 months and 6-12 months respectively.
Use of a flukonazol in a renal failure:
At single use of drug of dose adjustment it is not required.
To children aged from 6 years up to 15 years
At children the daily dose should not exceed the maximum daily dose for adults.
Candidosis infections of mucous membranes – 3 mg/kg/days.
Candidosis or cryptococcal infections of internals-6-12 mg/kg/days.
Prevention of fungal infections – 3-12 mg/kg/days.

Side effects
– a headache, dizziness, excessive fatigue
– a loss of appetite, nausea, constipations or diarrhea, a meteorism, an abdominal pain, a toothache
– skin rash
seldom
– an abnormal liver function (ikterichnost of scleras, jaundice, a hyperbilirubinemia, increase in activity of ALT, nuclear heating plant and SF)
– spasms
– a leukopenia, thrombocytopenia (bleedings, petechias), a neutropenia, an agranulocytosis
– a multiformny exudative erythema (including Stephens-Johnson’s syndrome), a toxic epidermal necrolysis (Lyell’s disease), anaphylactoid reactions
– a renal failure, an alopecia, a hypercholesterolemia, a gipertriglitseridemiya, a hypopotassemia.

Medicinal interactions
Fluzamed strengthens pharmacological action of histamine means (astemizol, terfenadin) the anxiolytics relating to group of benzodiazepines of the short period of action (midazolam, to triazoles) the rifabutina, a tsizaprida, Phenytoinum, a zidovudine, a takrolimus, cyclosporine extends elimination half-life of theophylline and increases risk of developing intoxication that demands correction of its dose.
Hydrochlorthiazidum increases the level of concentration of a fluzamed in plasma, at a concomitant use with rifampicin the decrease in elimination half-life of a fluzamed from blood plasma is noted.
Fluzamed increases concentration level in blood plasma and also increases elimination half-life of oral gipoglikemiziruyushchy medicines – sulphonylurea derivatives (glibenclamide, glipizid, tolbutamide). At simultaneous use of these medicines it is necessary to control more carefully blood sugar level for prevention of development of a hypoglycemia.
At simultaneous use of a fluzamed with oral contraceptive medicines the fluctuation of level of concentration of hormones (oestradiol, levonorgestrel) is possible, at a concomitant use of these medicines it is necessary to carry out more careful control of a condition of patients for prevention of development of possible collateral symptoms.
Increases efficiency of coumarinic anticoagulants, increase in a prothrombin time in this connection development of bleedings is possible is possible (hematomas, bleedings from a nose and a GIT, a hamaturia, a melena).
At co-administration of a flukonazol and Amphotericinum B it is necessary to consider the antagonistic nature of their interaction, however, in practice the result of interaction is defined by what substance was entered earlier and a type of a pathogenic fungus.

The special
instructions Treatment fluzamedy need to be continued before emergence of kliniko-hematologic remission. The premature termination of treatment leads to a recurrence.
Treatment can be begun in the absence of results of crops or other laboratory analyses, but at their existence the corresponding correction of fungicide therapy is recommended.
During treatment it is necessary to control blood indicators, function of kidneys and a liver. It is necessary to observe patients at whom during treatment fluzamedy these indicators, for the purpose of identification of signs of more serious damage of a liver are broken. When developing renal failures it is necessary to stop administration of drug. Hepatotoxic action of a fluzamed is usually reversible, symptoms disappear after the therapy termination.
At emergence at sick skin rashes the careful observation is necessary, and in case of progressing of skin reaction it is necessary to stop treatment (danger of development of a syndrome of Stephens-Johnson, a toxic epidermal necrolysis, polymorphic erythema).
At emergence in the patient receiving treatment concerning a superficial fungal infection, rash which can be connected with use of a fluzamed, drug should be cancelled. At appearance of rash in patients with their invasive/system fungal infections it is necessary to observe and cancel carefully fluzamed at emergence of bullous defeats.
With care appoint to patients with a renal failure, newborn, sick AIDS (and at other states with the weakened immunity) and also to patients with potentially pro-arrhythmic states.
Features of influence of medicine on ability to run the vehicle or potentially dangerous mechanisms
Experience of use of a fluzamed demonstrates that deterioration in ability to drive the car and mechanisms, connected with drug use, is improbable.

To Store storage conditions in the dry place, at a temperature not above 25ºС.
To store out of children’s reach! 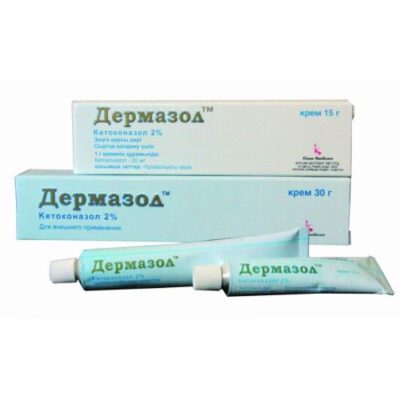 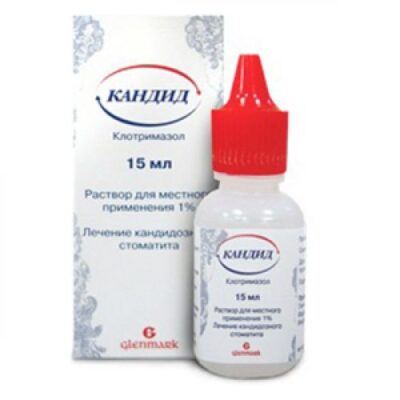 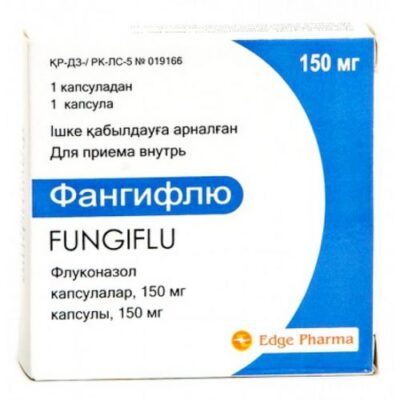 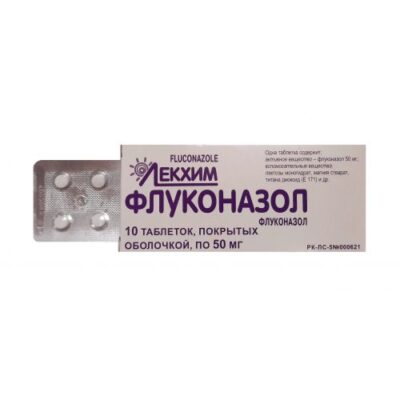 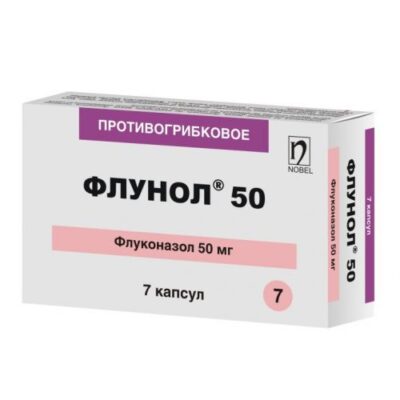 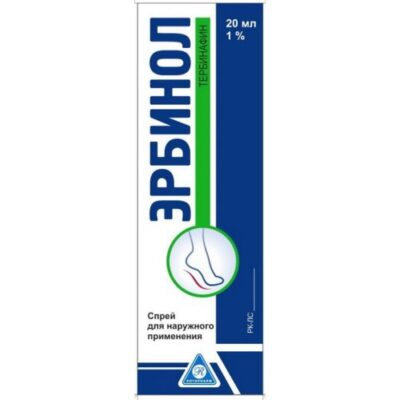 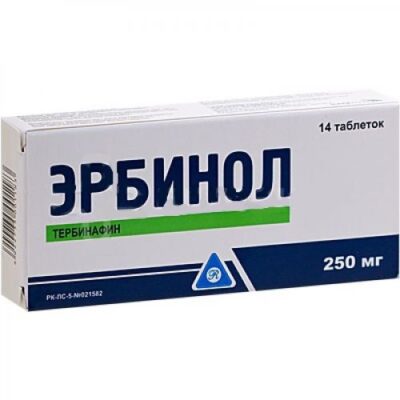 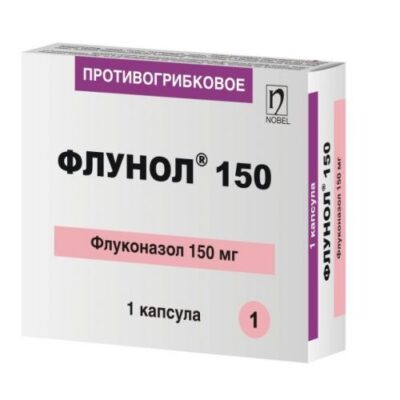 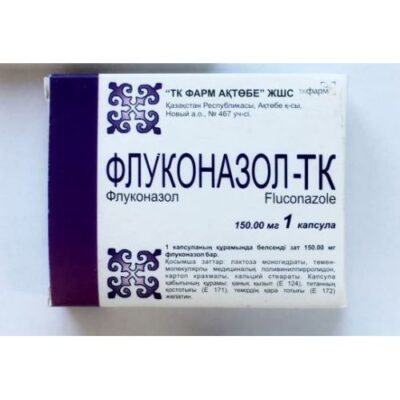