the Trade name
of Laktinet®-Rihter

The description
of the Tablet, film coated white or almost white color of round shape, with a biconvex surface, with an engraving of D on one party and 75 on other party, with a diameter about 5.5 mm.

intake dezogestret the Pharmacological Pharmacokinetics Absorption At properties is soaked up quickly and metabolized in etonogestret which is biologically active metabolite of a dezogestrel. Average maximum concentration in blood serum is reached in 1.8 hours (Tmax) after reception of a tablet. The bioavailability etonogestret – 70%.

Etonogestrel’s distribution to 95.5-99% contacts proteins of blood plasma, generally albumine and to a lesser extent the globulin, connecting sex hormones (G,CSH).
Metabolism
Dezogestrel by hydroxylation and a degidrogenation is metabolized in an active metabolite etonogestret. Etonogestrel is metabolized by formation of sulphatic and glyukuronidny conjugates.
Removal
Average elimination half-life of an etonogestrel about 30 hours. Stable concentration (steady state) is established for 4-5 days. The plasma clearance of an etonogestrel is about 10 l/hour Etonogestrel and his metabolites are removed with urine and a stake (in the ratio 1.5:1) in the form of free steroids and conjugates. Etonogestrel is allocated with breast milk in the ratio 0.37-0.55 milks/plasmas. On the basis of these data the possible quantity of an etonogestrel which can get to the child’s organism is 0.01-0.05 micrograms at amount of milk of 150 ml/kg/day.
The pharmacodynamics
of Laktinet®-Rihter is a contraceptive which contains only progestogen (dezogestret). Drug well is suitable for use during feeding by a breast and also to those women who cannot, or do not want to accept estrogen. The mechanism of contraceptive effect of drug is reached, generally due to suppression of an ovulation that is proved by an ultrasonic method of a research of ovaries and also lack of raising of progesterone in the second phase of a menstrual cycle and peak of LG in the middle of a menstrual cycle. Except above-mentioned actions dezogestret has property to increase viscosity of mucous discharges of a neck of the uterus.
During the research conducted during 2 cycles (where the level of progesterone was considered as confirmation of an ovulation the 16th nmol/l within 5 days in a row is higher) the frequency of an ovulation did not exceed 1%, after cancellation of a dezogestrel during 2 cycles (56 days in a row), on average, the ovulation was observed in 7-30 days (on average in 17 days).
According to the comparative research of efficiency (allowing reception of the passed tablets at most in 3 hours after appropriate time of reception) in the group which began to take the drug value of the Perlya index for a dezogestrel made 0.4. The Perlya index for a dezogestrel is comparable to the Perlya index of the combined oral contraceptives. Administration of drug leads to decrease in level of oestradiol to the values corresponding to an early follicular phase. Clinically significant impact on carbohydrate metabolism and also on lipidic exchange and a hemostasis is not revealed.

of the Contraindication
– hypersensitivity to any of drug components
– arterial or venous thrombosis (deep vein thrombosis, a pulmonary embolism, a myocardial infarction, vascular brainstorming)
– the states contributing to arterial thrombosis (stenocardia, a passing ischemic attack)
– a serious illness of a liver before normalization of indicators of function of a liver
– a benign or malignant tumor of a liver
– a hormonedependent malignant tumor of genitals or mammary glands
– vaginal bleeding of an unknown etiology
– in the presence or suspicion on pregnancy
– the intolerance of a galactose, a lactose intolerance of Lapp or malabsorption of glucose galactose

Medicinal interactions
can lead Interaction between hormonal contraceptives and other medicines to developing of breakthrough bleedings and/or inefficiencies of contraceptive drug. Metabolism in a liver: interaction with the medicines inducing microsomal enzymes can develop (such as, hydantoins (for example, Phenytoinum), barbiturates (for example, phenobarbital), Primidonum, carbamazepine and rifampicin) that can lead to increase in clearance of sex hormones. Besides, interaction with okskarbazepiny, topiramaty, felbamaty, ritonaviry, nelfinaviry, the griseofulvin and drugs containing the St. John’s wort made a hole (Hypericum perforatum) is possible. The maximum induction of enzymes is noted not earlier than in 2-3 weeks and can remain up to 4 weeks after the therapy termination. To the women accepting others enzyme – the inducing drugs, it is recommended to use temporarily additional barrier methods of contraception or other non-hormonal method of contraception. At simultaneous use of above-mentioned drugs with Laktinet®-Rihter, the use of a barrier method of contraception throughout all course of treatment and within 7 days (for rifampicin – 28 days) after the end of therapy is recommended.
Antibiotics (e.g., ampicillin and tetracycline) reduce efficiency of oral contraceptives (the mechanism of interaction is not installed).
At intake of activated carbon, absorption of steroids of a tablet can decrease, also the efficiency of contraception will decrease therefore.
Hormonal contraceptives can influence metabolism of other medicines. Respectively, their concentration in blood plasma and fabrics can how to increase (for example, cyclosporine), and to decrease.

Drug has no feature of influence of medicine on ability to run the vehicle or potentially dangerous mechanisms or has insignificant impact on ability of control of vehicles and on work with moving mechanisms.

To Store storage conditions in original packing, in the dry and protected from light place at a temperature not over 30 of 0C.
To store out of children’s reach!

the Address of the organization accepting in the territory of the Republic of Kazakhstan claims from consumers on quality of products: Representative office of JSC Gideon Richter in RK E-mail: info@richter.kz Phone number: 8-(7272)-58-26-22, 8-(7272)-58-26-23 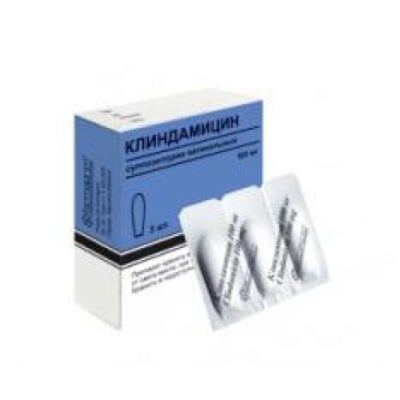