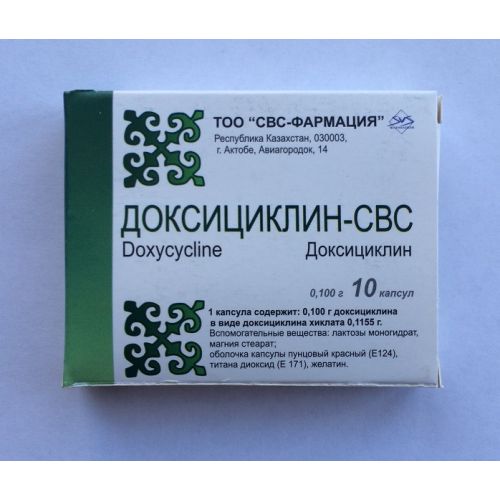 Be the first to review “Doxycycline-SVS 100 mg, 10 capsules” Cancel reply