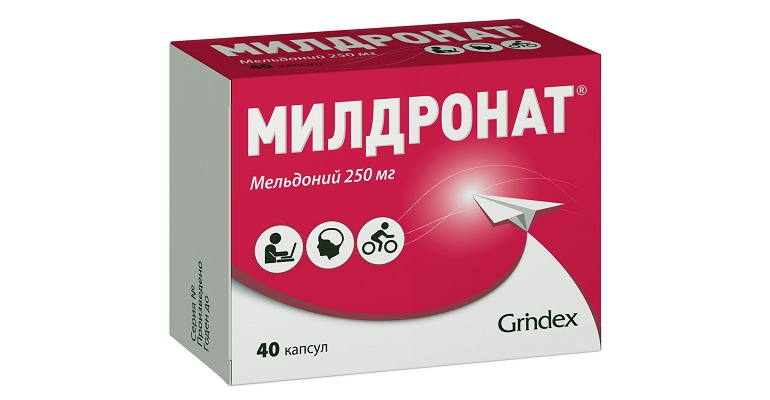 When neurohacker starts his first course, mistakes can’t be avoided. However, Mildronate 250 mg will give you a good start. The pharmaceutical provides the perfect combination of both stimulating  and nootropic effects. However, a scalpel can save lives in the hands of a surgeon, but it also can take them away if used by an amateur . So how to use Mildronate for good?

You may have come across Meldonium while browsing the web for nootropic drugs that improve thinking skills. Yes, the one because of which athletes are excluded from participating in competition, the one credited with the most terrible side effects. Mildronate 250 mg is like a dumbbell set for home training. It won’t make you an athlete, but the result me be very impressive

What is Mildronate taken for?

The drug is taken in three cases. To increase physical and mental stamina during exertion. As a drug for the stroke patients’ treatment. And as a camouflage drug to hide the traces of anabolic steroids. Let’s take a closer look at these cases:

When it comes to neurohacking, Mildronate is taken as the perfect combination of a nootropic, stimulant, and attention-concentrating drug. Let’s take a closer look at its effect on the brain.

Why do neurohackers use Mildronate 250 mg?

Initially, this was facilitated by the ability of meldonium to protect cells during oxygen starvation. This effect was first discovered in heart tissue. During ischemia, mildronate reduces the concentration of carnitine, ensuring economical use of oxygen in ischemic areas.

Also, if you are looking for over-the-counter nootropics, then Mildronate is a good fit for you.

Mildronate 250 mg is of interest among neurohackers because:

A dosage of 250 mg is the minimum therapeutic dose. The reception schedule is built individually. Someone will feel the effect of one dose in the morning. For some, a dual-dose system will be effective: one in the morning and second in the afternoon. Taking the drug at night is not recommended.

How to take Mildronate 250 mg correctly?

Start with one capsule in the morning. This will allow you to cope with the increase in activity and track possible side effects. 3-7 days of taking the drug is enough to determine possible side effects. A further course can be built on the principle of 1 capsule in the morning, and another one in the afternoon. The duration of the course is 3-4 weeks.

The classic course of a nootropic drug is aimed at reaching a plateau level and maintaining it for a week or two. Unlike racetams, mildronate acts instantly. Its concentration reaches its peak in 30 minutes and lasts an hour.

Gradually, the body removes mildronate, while maintaining the effect of the nootropic. Mildronate 250 mg can be combined with other drugs. In particular:

You can create an ideal course individually, based on the experienced effects. Trying everything right away is pointless. Start with “solo” medication courses at the lowest dosage. Experiment only after you have developed a culture of drug intake.

Side effects that Mildronate 250 mg can have

Meldonium will not cause any radical changes in the body. In Western countries, the drug is not registered at all and is sold as a dietary supplement. In Eastern European countries, meldonium is sold without a prescription. But if you are looking for nootropics with proven effectiveness, I recommend paying attention to meldonium.

Is the nootropic course worth it?

Definitely yes. Of all the common and available over-the-counter drugs, this is the best option. In general, the trinity of the nootropic series for the novice biohacker is racetam, mildronate and phenibut. If you are looking for stimulation, then Mildronate will be the best solution for you.