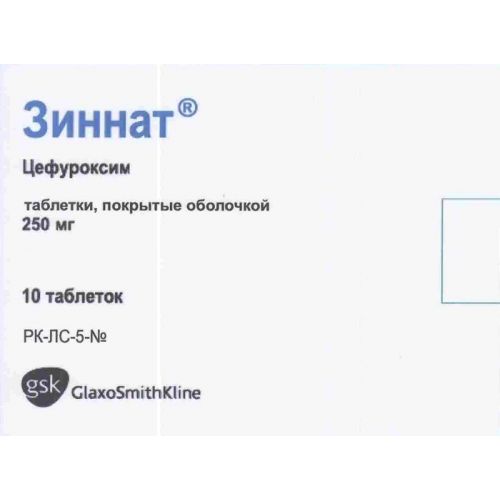 tsefuroksy aksetit the Pharmacological Pharmacokinetics Absorption Later properties of intake is soaked up from digestive tract and quickly hydrolyzed in a mucous membrane of intestines and blood with release of a tsefuroksim in a system blood stream. Optimum absorption is reached at reception of tablets after a meal.
After reception of a tsefuroksim together with food its maximum concentration (2.9 mg/l for 125 mg, 4.4 mg/l for 250 mg, 7.7 mg/l for 500 mg and 13.6 mg/l for 1 g) in blood plasma is defined in 2.4 hours.
Distribution
makes Extent of linking of a tsefuroksim with proteins of blood plasma from 33% to 50%, depending on a route of administration.
Metabolism
Tsefuroksim is not metabolized in an organism.
Removal
Elimination half-life of a tsefuroksim makes 1-1.5 hours.
Tsefuroksim is allocated with kidneys in an invariable look by glomerular filtration and canalicular secretion. Competitive purpose of a probenitsid increases AUC indicator by 50%.
A renal failure
the Pharmacokinetics of a tsefuroksim was not investigated at patients with various degree of renal dysfunction. Elimination half-life of a tsefuroksim increases with depression of function of kidneys that is the main management for selection of a dose at such patients. At the patients who are on a hemodialysis, at least 60% of the general dose of a tsefuroksim are present at an organism at the time of the beginning of dialysis which is removed within 4 hours of the procedure of dialysis. Thus, such patients need purpose of an additional dose of a tsefuroksim on completion of the procedure of a hemodialysis.
A pharmacodynamics
of Zinnat® – a tsefalosporinovy antibiotic of the II generation. Possesses a broad spectrum of activity. It is resistant to action of the majority β-лактамаз therefore ampicillin – resistant or amoxicillin – resistant strains is active in the relation. Works bakteritsidno, breaks synthesis of a cell wall of bacteria as a result of linking with the main proteins targets.
The resistance of strains depends on a geographical location and time. Use local data on resistance for treatment of heavy infections.
Tsefuroksim is effective concerning the following microorganisms
Aerobic gram-positive bacteria:
Streptococcus pyogenes *
Beta-hemolytic streptococci

The route of administration and doses
averages Duration of use of drug 7 days (from 5 to 10 days). For optimum absorption the drug should be taken after a meal.
Adults

of the Infection of an urinogenital path

of the Lower respiratory tract infection easy and moderate severity, for example, bronchitis

a single dose of 1 g

than 250 mg (1 tablet on 250 mg or 2 tablets on 125 mg) 2 times a day. The maximum daily dose – 500 mg.
The tablets Zinnat® cannot be broken therefore small detyamrekomendutsya to appoint drug in the form of suspension. There is no experience of use of a tsefuroksim of an aksetil for children 3 months are younger.
The renal failure
Tsefuroksim is removed mainly by kidneys. At patients with a renal failure the dose decline for correction of the slowed-down excretion is recommended.

Additional single individual at the end of the procedure of dialysis

Side effects
Side reactions on tsefuroksy is usually passing each 48 hours and have an easy course.
Frequency of occurrence is defined as follows: very often (≥1/10), it is frequent (≥1/100 – & lt, 1/10), infrequently (≥1/1,000 – & lt, 1/100), is rare (≥1/10,000 – & lt, 1/1,000), is very rare (& lt, 1/10,000, including separate cases), it is unknown (frequency cannot be estimated).
Often
– the strengthened growth of steady microorganisms of the sort Candida
– an eosinophilia
– a headache, dizziness
– gastrointestinal disorders, including diarrhea, nausea, pain
in a stomach
– temporary increase in activity of enzymes of a liver (ALT, nuclear heating plant, LDG),
Infrequently
– positive reaction of Koombs, thrombocytopenia, a leukopenia (sometimes pronounced)
– skin rash
– vomiting
Seldom
– urticaria, an itching
– pseudomembranous colitis
Very seldom
– hemolytic anemia
– fever of a medicinal etiology, a serum disease, an anaphylaxis
– jaundice (mainly cholestatic), hepatitis
– a polymorphic erythema, Stephens-Johnson’s syndrome, a toxic epidermal necrolysis (exanthematous necrolysis)

of the Contraindication
– hypersensitivity to antibiotics of group of cephalosporins,
penicillin and Carbapenums or to any component of drug
– children’s age up to 6 years (the tableted form of drugs is not recommended)
With care:
– the first trimester of pregnancy

Medicinal interactions
Drugs which reduce acidity of gastric juice can reduce bioavailability of the drug Zinnat® and minimize effect of acceleration of absorption after meal.
As well as other antibiotics, the drug Zinnat® can influence indestinal flora, thereby leading to decrease in a reabsorption of estrogen and decrease in efficiency of the combined oral contraceptives.
As when carrying out the ferrotsianidny test the false positive result can be noted, for determination of level of glucose in blood of the patients receiving therapy tsefuroksimy sodium it is recommended to use a glyukozooksidazny or hexokinase technique.
Зиннат® does not affect results alkaline pikratnogo a method of determination of level of creatinine.
Simultaneous introduction with probenitsidy leads to increase in AUC the drug Zinnat® for 50%.

The special
instructions Drug Zinnat® are appointed with extra care to patients in whose anamnesis there are data on allergic reactions to penicillin or others beta laktamnye antibiotics.
As well as in a case with other antibiotics, at long-term treatment prerparaty the strengthened growth of insensitive microorganisms (Candida, Enterococci, Clostridium difficile) is possible that it can demand the treatment termination.
At appearance of diarrhea against the background of use of antibiotics, including the drug Zinnat®, it must be kept in mind a possibility of development of pseudomembranous colitis which weight can vary from insignificant to zhizneugrozhayushchy. Thus, it is important to consider the possibility of presence of this pathology at patients with the diarrhea which arose against the background of treatment or after the therapy termination. In the presence at the patient of the long or profound diarrhea or in the presence of abdominal spasms, treatment has to be stopped immediately and the patient has to be directed to a further research.
At the Zinnat® drug treatment of a disease of Lyme Yarisha-Gersgeymer’s reaction is sometimes noted. This reaction is a direct consequence of bactericidal action of Zinnata® on an infestant – Borrelia burgdorferi spirochete – and is the frequent and usually spontaneously passing treatment consequence. It is necessary to explain to patients that this usual consequence of antibiotic treatment in Lyme’s disease which is not demanding special therapy.
At step therapy time of switching to oral therapy is defined by weight of an infection, a clinical condition of patients and sensitivity of the activator. In the absence of clinical improvement for 72 h the parenteral therapy should be continued.
Study the instruction for use of the drug Zinatsef in case of its appointment.
Pregnancy and the period of a lactation
Use in II and III trimesters of pregnancy, and also in the period of a lactation perhaps in cases when the expected advantage of therapy for mother exceeds potential risk for a fruit.
The lactation
Tsefuroksim gets into breast milk in this connection use of drug when feeding has to be considered with care.
Features of influence of medicine on ability to run the vehicle or potentially dangerous mechanisms
As at administration of drug of Zinnat® can arise dizziness cases, it is necessary to be careful at control of vehicles and other mechanisms

Overdose
Symptoms: disturbance from central nervous system which are shown by excitement, spasms.
Treatment: carry out symptomatic therapy. Зиннат® it is removed at a hemodialysis or peritoneal dialysis.