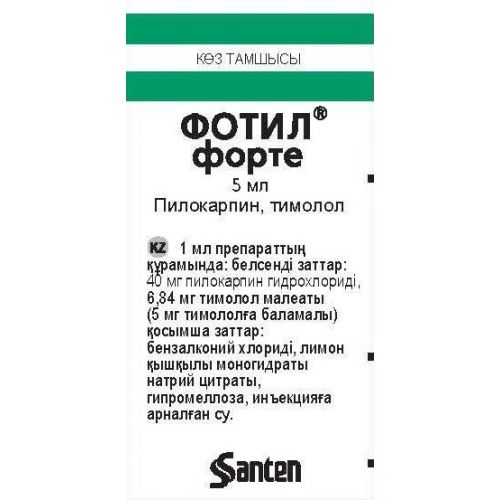 the Trade name
of Fotil® forte

the Dosage form
of the Drop eye, 5 ml

Pharmacotherapeutic group
Protivoglaukomny drugs and miotik. Pilocarpine in a combination with other drugs.
The ATX S01EB51 code

Pharmacokinetics Pilocarpine properties quickly gets through a cornea. Concentration in watery moisture reaches the maximum in 30 min. Pilocarpine communicates many tissues of an eye. Elimination half-life makes 1.5 – 2.5 hours of environments of an eye. However hypotensive effect of drug remains within several hours. Pilocarpine is removed in not changed view with intraocular liquid. Its combination with Timololum which reduces formation of watery moisture slows down pilocarpine clearance rate.
Pilocarpine is quickly hydrolyzed in blood plasma and a liver with formation of inactive forms. The period of its semi-removal in is less than 0.5 hours.
Timololum quickly gets through a cornea into watery moisture of an anterior chamber of an eye.
About 80% of locally applied Timololum get into a system blood stream. The maximum concentration (Cmax) of Timololum in plasma is defined approximately in 1 hour after Timololum instillation. Elimination half-life makes 2-5 hours. Timololum is metabolized, mainly, in a liver under the influence of enzyme P450 2D6 cytochrome (CYP2D6). It is removed mainly through kidneys.
A pharmacodynamics
Eye drops of Fotil® forte contain two active agents. Pilocarpine is a parasympathomimetic which stimulates m – cholinergic receptors. After instillation in an eye, pilocarpine causes a miosis, a spasm of accommodation and reduces intraocular pressure. Decrease in intraocular pressure is caused by reduction of a tsiliarny muscle and muscle of an iris of the eye of an eye which leads to expansion of a corner of an anterior chamber of an eye and change of physical structure of trabecular network, facilitating outflow of watery moisture. This effect remains from 4 to 14 hour.
Timololum, being beta blocker, prevents linking of sympathomimetic neurotransmitters with the бета1st and beta2-adrenoceptors. It reduces intraocular pressure, reducing products of watery moisture. Targets of effect of Timololum are beta2-adrenergic receptors in a ciliary body. Considerable decrease in intraocular pressure is reached within 1 hour after a single dose of Fotilaâ. The maximum effect is usually observed within 3 hours.

Contraindications
– a front uveitis
– sinus bradycardia
– a sick sinus syndrome
– sinoauricular block of heart
– the atrioventricular block of the II-III degree which is not controlled by a pacemaker
– the profound heart failure
– cardiogenic shock
– reactive respiratory diseases, including bronchial asthma or bronchial asthma in the anamnesis
– a serious chronic obstructive illness of lungs,
– children’s age up to 18 years (due to the lack of data on efficiency and safety of drug at children and teenagers up to 18 years)
– hypersensitivity to active agents (maleate/pilocarpine Timololum a hydrochloride) or to any of drug components,
– a state directly after ophthalmologic operations, etc. diseases of eyes at which it is necessary to avoid a miosis.
cholinergic connections (pilocarpine) are contraindicated at an acute inflammation of an iris of the eye.

Medicinal interactions
No specific researches on development of reactions of interaction of Timololum and pilocarpine with other medicines were conducted. The drugs breaking deposition of catecholamines (reserpine) contribute to the development of arterial hypotension (including orthostatic), bradycardia and dizziness.
Sharing of Timololum with the eye drops containing adrenaline (epinephrine) can cause a mydriasis (mydriasis).
Simultaneous use of beta blockers, blockers of slow calcium channels of systemic action, antiarrhytmic medicines (including Amiodaronum), glycosides of a foxglove, parasympathomimetics and a guanetidin leads to strengthening of their pharmacological effect, and increases risk of development of disturbances of warm conductivity and arterial hypotension.
It was reported about increase in risk of development of system side reactions (decrease in heart rate, a depression) at simultaneous use of Timololum with CYP2D6 inhibitors (for example, quinidine, fluoxetine, a paroksetin) as CYP2D6 inhibitors can increase concentration of Timololum in plasma.

The special
instructions Use of Other Eye Drops it has to be stopped before therapy with the drug Fotilâ forte is begun: the previous antiglaukomny means has to be cancelled, and therapy by eye drops of Fotilâ forte has to be begun next day.
The assessment of efficiency of action should be carried out in 4 weeks after an initiation of treatment at regular control of intraocular pressure.
Further treatment also should be carried out under regular control of intraocular pressure.
As well as other ophthalmologic drugs for topical administration, Timololum a maleate and pilocarpine a hydrochloride are absorbed systemically. Beta-blockers for topical administration, such as Timololum, can cause development of undesirable side reactions from cardiovascular, pulmonary and other systems, as well as at use of system beta blockers. Frequency of development of system side reactions after use of eye drops with beta-blockers is lower, than at their system use:
Heart diseases: At patients with cardiovascular diseases (for example, coronary heart disease, Printsmetal’s stenocardia, heart failure) and arterial hypotension therapy by beta-blockers has to be critically estimated, and treatment by other medicines with other active agents has to be considered. Stimulation of sympathetic nervous system can be an essential factor for maintenance of blood circulation at patients with reduced sokratitelny ability of a myocardium, and its inhibition beta-blockers can cause a decompensation of heart failure. Patients with the first extent of heart block should appoint beta-blockers with care because of negative impact on time of carrying out excitement. Patients with cardiovascular diseases need to be observed on existence of deterioration in symptoms of these diseases and side reactions.
Vascular diseases: Patients with peripheral circulator disturbances / diseases (severe form of a Raynaud’s disease or Reynaud’s syndrome) should be treated with care.
Disturbance of respiratory functions: It was reported about development of respiratory reactions, including death owing to a bronchospasm at patients with bronchial asthma, at use of the eye drops containing beta-blockers. Fotilâ forte it is necessary to apply with care at patients with easy and average degree of a chronic obstructive pulmonary disease and, only when the potential advantage exceeds risk.
Hypoglycemia/diabetes: Beta-blockers should be applied with care at the patients subject ment of a spontaneous hypoglycemia or in patients with unstable diabetes as beta-blockers can mask signs and symptoms of a sharp hypoglycemia.
Beta-blockers can mask hyperthyroidism symptoms.
Cornea diseases: Ophthalmologic beta-blockers can cause xerophthalmus. Patients with diseases of a cornea should be treated with care.
Other beta-blockers: Influence on intraocular pressure or the known system effect of beta-blockers can be exponentiated when the patient already applies system beta-blockers. The response to intake of these medicines needs to be observed carefully. Use of two beta blockers for topical administration is not recommended (see the section Interaction with Other Medicines).
Anaphylactic reactions: The patients accepting local beta-blockers at which in the anamnesis allergic or heavy anaphylactic reactions to different allergens are noted can react more reactively to repeated administration of allergens and not answer a usual dose of adrenaline at treatment of anaphylactic reaction.
Amotio of a choroid of an eye: Cases of amotio of a choroid of an eye at use of the medicines interfering formation of intraocular liquid are described (for example, Timololum, acetazoleamide) after the filtering operations.
Surgical anesthesia: Ophthalmologic beta-blockers can block systemic action of beta-agonists, for example adrenaline. The anesthesiologist has to be informed if the patient receives Fotilâ forte.
A way of reduction of system absorption, see in the section Route of Administration and Doses.
Eye drops of Fotilâ forte contain in quality of preservative a benzalkoniya chloride, and they are not recommended to be used when carrying contact lenses. Before use of drug it is necessary to remove contact lenses and again to establish them not earlier than in 15 minutes.
Pregnancy and the period of a lactation
Are not present sufficient data on use of Timololum or pilocarpine for pregnant women. Fotilâ forte it is not necessary to apply during pregnancy, except for cases when it is really necessary. A way of reduction of system absorption, see in the section Route of Administration and Doses.
Epidemiological researches did not reveal influence of beta-blockers on development of congenital malformations in a fruit (teratogenic effect), however showed a pre-natal growth inhibition at oral administration. Signs and symptoms of beta blockade (bradycardia, hypotension, a respiratory distress syndrome, a hypoglycemia) were observed at newborns if beta-blockers applied before childbirth. If Fotilâ was forte applied just before childbirth, then newborns have to be under careful observation within several days after the birth.
Beta-blockers are allocated with breast milk. However it is improbable that Timololum in enough will be present at breast milk to cause development of clinical symptoms of beta blockade in newborns.
A way of reduction of system absorption, see in the section Route of Administration and Doses.
Features of influence of medicine on ability to run the vehicle or potentially dangerous mechanisms
Eye drops of Fotilâ forte can affect ability to drive the car, and to operate the difficult equipment. The miosis usually causes difficulty of adaptation to darkness. The patient should refrain from driving in night-time. Timololum can lower arterial blood pressure that can result in passing fatigue and dizziness at some patients. It should be explained to the patient, at treatment initiation. Short-term misting of sight can be observed after instillation of eye drops of Fotil® forte.
If the specified side effects from nervous or eye systems are noted, the patient should refuse driving of the car or work with difficult mechanisms, machines or any other difficult equipment demanding concentration of attention and speed of psychomotor reactions.

The overdose
As, drug is quickly soaked up through mucous eyes and a nose, several drops of Fotil® forte can cause arrhythmias, tranzitorny delay of pulse, falling of arterial blood pressure, a bronchospasm or heart failure.
In case of overdose it is necessary to see a doctor immediately.
Treatment mainly, symptomatic. Atropine can be used as pilocarpine antidote. Izoprenalin it is possible to enter intravenously for elimination of the profound bradycardia or a bronchospasm, Dobutaminum for treatment of arterial hypotension.

A form of release and packing
On 5 ml in the polyethylene bottles droppers corked by plastic traffic jams with the screwing covers. On 1 bottle with the instruction for use in the state and Russian languages place in a box cardboard.

To Store storage conditions at a temperature from + 2 to + 8 °C.
The open bottle is stored at the room temperature not over 25 ºС.
To store out of children’s reach!

A period of storage
3 years
After opening of a bottle – 1 month.
Not to use after the expiration date specified on packing.

the Owner of the registration certificate
of JSC Sangteng, Finland

the Address of the organization accepting in the territory of the Republic of Kazakhstan claims from consumers on quality of products (goods)
Representative office of JSC Canten in
Kazakhstan Almaty, Zheltoksan St., 129/65 quarter
56 Phone number –
250-39-17 Fax number – 250-39-17
E-mail address: 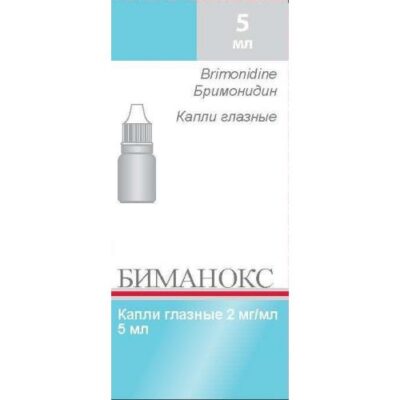 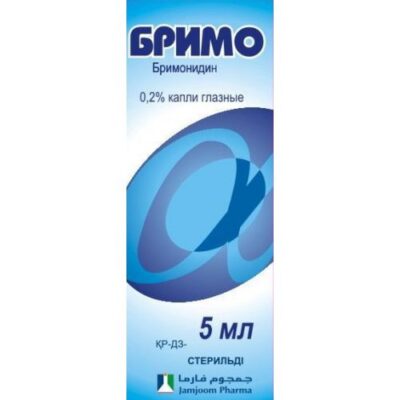 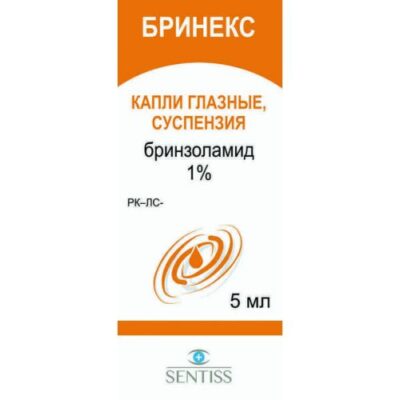 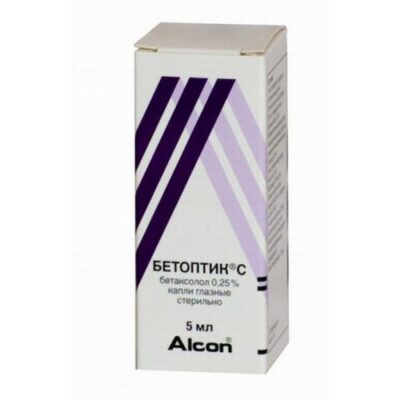 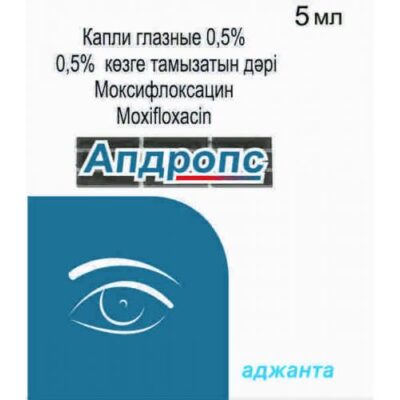 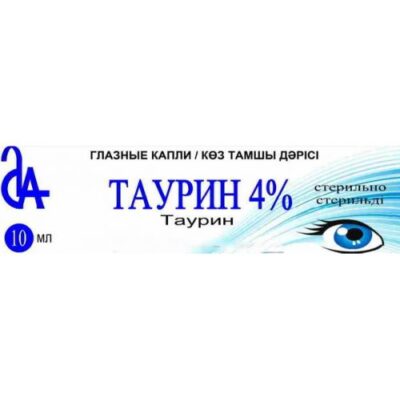 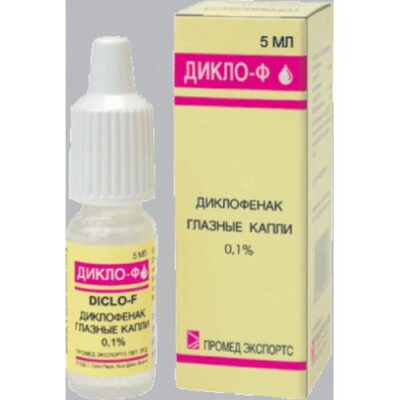 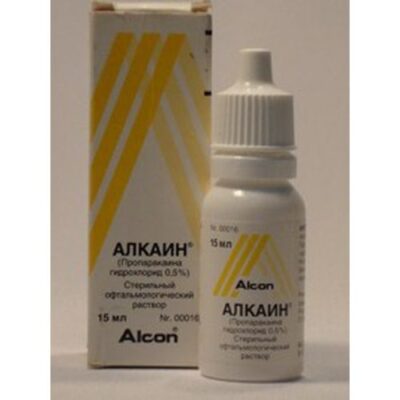 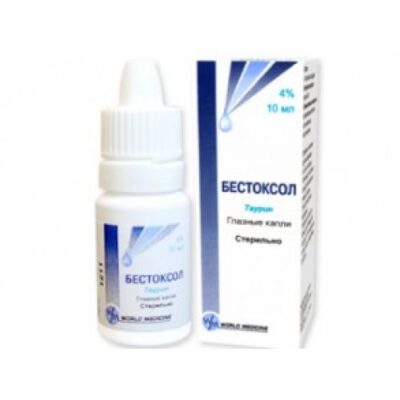