The description
Torpedo-shaped homogeneous suppositories of dark brown color with an iodine smell.

Pharmacokinetics Degree properties of absorption of povidone and its discharge kidneys depends on the average molecular weight (mix). For substances with a molecular weight above 35000 – 50000 the delay in an organism is possible. The fate of the soaked-up iodine or iodide in an organism is generally similar to the fate of the iodine entered in any other way. It is allocated mainly through kidneys.
The pharmacodynamics
Active ingredient of Betadin ointment – povidone-iodine is a complex of iodine and polymer of polyvinylpirrolidone from which for some time after use of drug iodine is released and constant concentration of active free iodine is provided. Free iodine (I2) has strong bactericidal effect. In the researches in vitro quickly destroys bacteria, viruses, fungi and some simplest organisms. At contact with skin or mucous membranes from polymer it is marked out constantly increasing amounts of iodine.
Free iodine reacts with the groups of amino-acid links of enzymes and structural proteins of microorganisms oxidized by SH- or OH-, inactivating and destroying these enzymes and proteins. In vitro the majority of microorganisms perishes within less than one minute, at the same time the greatest bactericidal effect is observed within 15-30 seconds. The resistance to drug is unknown.
The spectrum of action of Betadin includes gram-positive and gram-negative bacteria (bactericidal effect), viruses (virutsidny effect), mushrooms (fungicide effect), some protozoa (protozootsidny effect) and spores (sporotsidny effect).

Indications
Acute and persistent vaginal infections (vaginita):
– multi-infections
– nonspecific infections (a bacterial vaginosis, Gardenerella vag.)
– fungal infections (Candida albicans), including candidiasis, owing to treatment by antibiotics and steroid drugs
– trichomoniasis (Trichomonas vaginalis) (if necessary it is necessary to carry out the combined system treatment).
Preoperative and postoperative processing (for the purpose of prevention) before surgeries on a vagina and also obstetric and diagnostic procedures.

A route of administration and doses
For intravaginalny introduction.
The suppository is recommended to be used in the evening, before going to bed. The suppository Betadin is taken from a cover and entered deeply into a vagina. For the maximum dissolution of active agent and prevention of local irritation it is recommended to humidify before introduction a suppository water.
In an acute vaginitis 1-2 times a day within 7 days are applied, in a subacute and chronic vaginitis of 1 times a day before going to bed within 14 days (it is possible longer). During treatment the suppositories recommend use of sanitary pads. Drug should be used daily. There is no need to interrupt treatment in the period of periods.

Side effects
Seldom (≥ 1/10.000 – & lt, 1/1.000)
– hypersensitivity
– contact dermatitis with formation of psoriazopodobny red small violent elements, an erythema, an itching
Very seldom (& lt, 1/10.000)
– anaphylactic reaction
– the hyperthyroidism (sometimes followed by tachycardia or concern) can be observed at patients with the available disease of a thyroid gland after use of iodine in significant amounts (for example, at prolonged use povidone-iodine for treatment of wounds or burns)
– a Quincke’s disease
Frequency is unknown (frequency cannot be determined on the basis of the available data)
– a hypothyroidism (can develop at long use with processing of big surfaces)
– changes of level of electrolytes of blood serum and osmolarity **, the metabolic acidosis **
– an acute renal failure **
– a corrosive burn of skin ***

Medicinal interactions
the Complex povidone-iodine possesses antimicrobic action in the range of pH of 2.0-7.0. Interaction with proteins and other nonsaturated organic substances reduces its efficiency.
It is necessary to avoid regular use Betadin at the patients receiving lithium drugs.

Special instructions
during use povidone-iodine can decrease iodine absorption by a thyroid gland that can affect results of some diagnostic tests (for example, stsintigrafiya of a thyroid gland, definition of the proteinaceous and connected iodine, measurements using radioiodine) and also can interact with the iodine drugs used for treatment of diseases of a thyroid gland. For obtaining undistorted results of researches after long therapy povidone-iodine is recommended to sustain rather long span (1-2 weeks) without this drug.
Due to the oxidizing properties povidone-iodine, its traces when carrying out some types of researches using toluidine or guaiac pitch for detection of the occult blood (hemoglobin) in Calais and also blood or glucose in urine, can result in false positive results.
At irritation of skin, contact dermatitis or hypersensitivity the use of drug should be cancelled.
It is impossible to heat drug before use.
Significant amounts of iodine can cause a hyperthyroidism in patients with dysfunction of a thyroid gland (for example, with a nodal colloidal or endemic craw). At such patients the use Betadin vaginal suppositories has to be limited in time and the area of the processed surface of skin. If during a course of treatment there are hyperthyroidism symptoms, it is necessary to check function of a thyroid gland.
The extra care should be observed at regular use of drug for patients with earlier diagnosed chronic kidney disease.
Drug cannot be used before and after a stsintigrafiya and also during treatment of a carcinoma of a thyroid gland radioiodine.
Pregnancy and the period of a lactation
Use povidone-iodine at pregnancy and breastfeeding is contraindicated as the absorbed ions of iodide pass through a placental barrier and are allocated in breast milk Use of drug during pregnancy can cause development of a tranzitorny gipoterioz with increase in level of thyroid stimulating hormone in a fruit and the newborn. There can be a need of a research of function of a thyroid gland at the child.
Features of influence of medicine on ability of control of vehicles and works with mechanisms

the Overdose
For acute iodic intoxication does not influence the following symptoms are characteristic: the metal taste in a mouth, the increased salivation, burning sensation or mouth or throat pain, irritation also swelled an eye, skin reactions, gastrointestinal disorders and diarrhea, a renal failure and an anury, a circulatory unefficiency, a laryngeal edema with secondary asphyxia, a fluid lungs, a metabolic acidosis, a hypernatremia.
Treatment: symptomatic and maintenance therapy with special control of electrolytic balance, function of kidneys and a thyroid gland.

To Store storage conditions at a temperature from 5 °C to 15 °C, in the dry cool place.
To store out of children’s reach!

The form of release and packing
On 7 suppositories place in blister strip packaging from a film of rigid, combined polyvinylchloride/polyethylene (PVH/PE), the layer of PVC is covered with protective varnish.
On 1 or 2 blister strip packagings together with the instruction for medical use in the state and Russian languages put in a cardboard pack.

the Owner of the registration certificate
of CJSC EGIS Pharmaceutical Plant, Hungary

the Name and the country of the organization – the packer
of CJSC EGIS Pharmaceutical Plant, Hungary according to the license of Mundifarma A firm of, Switzerland 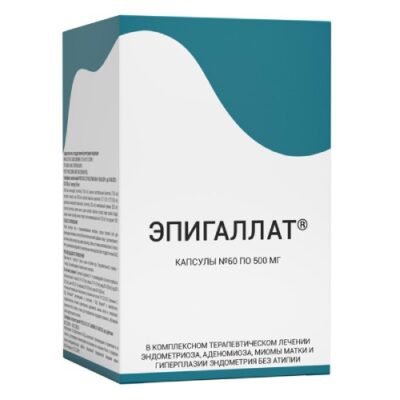 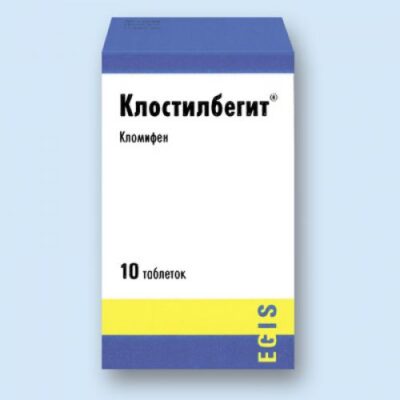