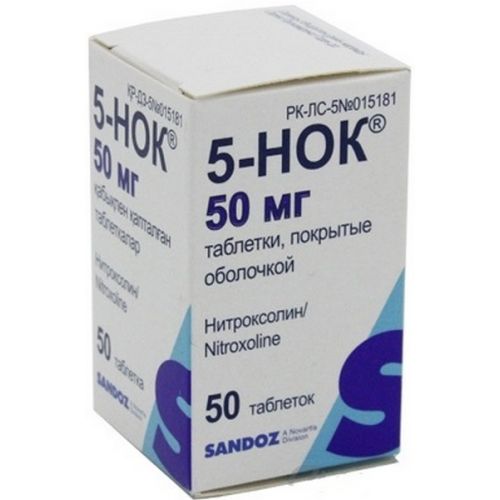 Pharmacokinetics Nitroxoline properties is well and quickly absorbed from a small intestine after intake. The highest serumal concentration after intake of a dose of 200 mg make 4.0-4.7 mg/l and are noted 1.5-2.0 hours later.

Elimination half-life makes about 2 hours. About 10% of the entered dose of nitroxoline contact proteins of plasma.

Nitroxoline is exposed to metabolism in a liver where conjugates with glucuronic and sulfuric acids are formed.

Nitroxoline is synthetic uroantiseptichesky means. By means of formation of chelate bonds it blocks activity of metalenzymes, contacting ions of metals of the enzymes necessary for a reproduction of microorganisms. Is result of such interaction bacteriostatic, bactericidal and fungistatic effects of drug.

are the acute, chronic and recurrent urinary tract infections of moderate severity caused by the gram-positive and gram-negative bacteria and mushrooms sensitive to nitroxoline

the Daily dose of drug makes 400-800 mg, divided into 4 equal doses. The usual daily dose for adults makes 400 mg. About 2 tablets in day before meal are recommended to take the drug. If necessary therapy is continued continuously or faltering courses (for 7-10 days).

In hard cases the dose can be doubled, however, it should not exceed 200 mg 4 times a day.

Duration of a course of treatment and dose of drug is established by the attending physician individually for each patient. Patients can take the drug long time within one month. In case of chronic diseases, after a short break the treatment can periodically continue.

Need for adjustment of a dose is absent.

Patients with a renal failure.

In the general renal failure (the clearance of creatinine is higher 0.33ml/sec.) the usual dose should be halved (on 1 tablet 4 times a day).

Patients with an abnormal liver function

the Usual daily dose should be halved.

– allergic reactions in the form of skin rash

– reduction in serum of uric acid and aminotransferases

– hypersensitivity to active agent or any of excipients

– a heavy renal failure (the clearance of creatinine is lower than 20 ml/min.)

it is not necessary to appoint children’s and teenage age 5-HOK up to 18 years along with the drugs containing hydroxyquinolines or their derivatives.

It is necessary to be careful at patients with impaired renal function because of possible cumulation of medicine.

At long-term or numerous treatment the high doses galogenoproizvodny hydroxyquinoline described cases of development of peripheral neuritis and injury of an optic nerve. Special attention should be paid to patients with a cataract, with serious violation of function of kidneys and a liver.

To patients with seldom found problems of hereditary character concerning intolerance of a galactose, deficiency of Lappa lactase, disturbance of absorption of a glucose/galactose, it is not necessary to take this drug.

Drug contains sucrose, to patients with seldom found problems of hereditary character concerning intolerance of fructose, disturbance of absorption of a glucose/galactose, insufficiency of invertase-isomaltase, it is not necessary to take this drug.

of Data on overdose or clinical signs of poisoning 5-HOK is not present.

In case of overdose, symptomatic treatment.

On 50 tablets place in the polyethylene can corked by a stopper.

After 1 bank together with the instruction for medical use in the state and Russian languages place in a box of cardboard.

do not use drug after the expiry date specified on packing.

Lek Pharmasyyutikals of of, Slovenia

Representative office of JSC Sandoz Pharmasyyutikals of of in 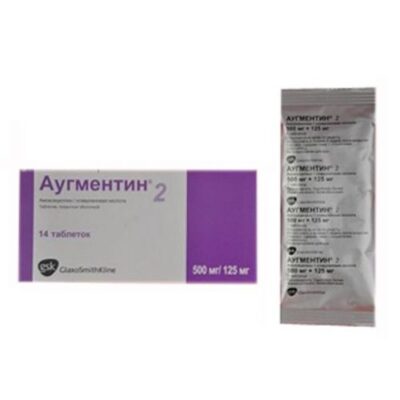